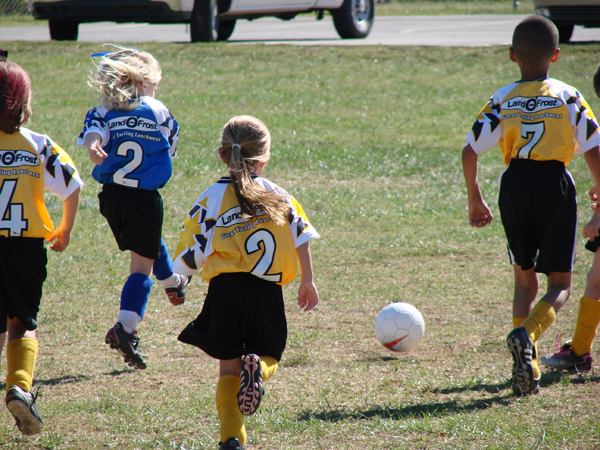 The original Board of Directors included John Jones, Alf Fidler, Bill Jocelyn, Stan Cook, Marti Cook, Dr. Bill Dutton, Duncan Frazer, Gene Cheatham, Kay Cheatham, and Jed Hill. The early efforts of those men and women laid the foundation for an organization that today provides a complete youth recreational soccer program for players ages 3-18. Several area soccer clubs originally got their start as part of NYSA, and when their enrollments were large enough, they formed their own independent clubs.

During start-up, the Nashville Youth Soccer Association was helped enormously through sponsorship of the local McDonald's franchisees as well as donations from many local companies. In 1984, through the generosity of a local church, NYSA moved to their current location in Heartland Park on Heartland Drive in Donelson. In January of 2016, NYSA grew into the Heartland Soccer Club (HSC).

Over the years, NYSA's focus shifted from a being a competitive soccer league (participating in tournaments and state championships) to become a co-ed recreational soccer league for players ages 3 (must have turned 3 years old by July 31 of the "soccer year" - Aug-July) through 18. There are no tryouts and children are accepted regardless of whether they've played soccer before or not. It's our mission to provide a safe place where children can be exposed to the game of soccer and to teach them the game.

About: Completely run by volunteers

Nashville Youth Soccer Association is an all-volunteer non-profit organization, comprised mostly of parents who have children in the league. NYSA has no employees and there are no paid positions on the HSC: NYSA Board of Directors. In fact, the only paid positions anywhere within the league are the referees. Because no registration fees go towards paying salaries or rent of office space, 100% of our registration fees go to pay the expenses in running the league, to make improvements to our complex, and to purchase equipment to keep up our facility.

The club offers two recreational soccer seasons per year: fall (runs Aug-Oct) and spring (run Mar-May). There are no tryouts and children are accepted regardless of whether they've played soccer before or not. It's our mission to provide a safe place where children can be exposed to the game of soccer and to teach them the game.

About: Rules of the game

Our number one rule is that we want everyone to have fun! Other than having fun, there are other rules in place because we believe that it is important for players to learn the proper rules of the game, rather than something that resembles a playground free-for-all. NYSA follows the FIFA Laws of the Game. FIFA is the world governing body for the game of soccer. Modified rules are in place for U4 - high school age groups and the coaches are provided with the rules for their specific age group at the coaches meeting. We start with the very basics at the youngest ages, and add rules as the players get older. By the time players are about 10-12 years old, they're essentially playing the "real" rules of soccer.

About: Directions to the park

Please click here for detailed directions to the NYSA fields at Heartland Soccer Park. You can also view our location on a map.

The two best ways of contacting HSC: Nashville Youth Soccer Association are by e-mail or phone.

The two best ways of contacting HSC: Nashville Youth Soccer Association are by e-mail or phone.